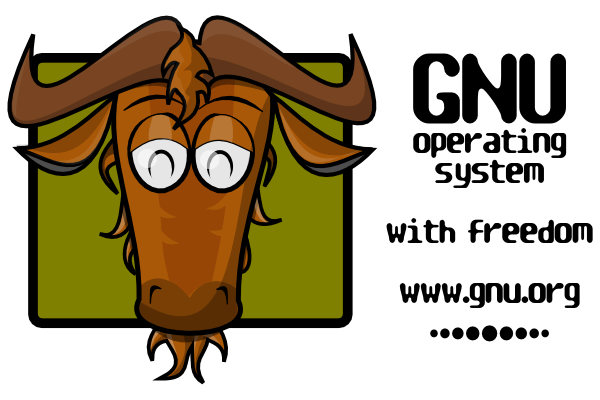 GNU.Support is website promoting GNU Operating Systems and its usage in practical applications.

GNU is Not Unix!

GNU is an operating system that consists solely of free software that everybody can obtain, copy, modify, and release, even sell, provided that same rights and freedom is protected in the future for others.

There are many different versions of GNU operating system that everybody has access to and may freely download them. The full operating system and its software is licensed in such a manner that you gain four basic freedoms.

This is kind of software that is not going to remind you that you have not purchased the license, or that your license key is expiring. Forget about that.

This website is about teaching people how to install the GNU Operating Systems and use them in practical life and business applications.

This page is written in Org mode

Org mode is one of features of our Reach, Connect, Deliver Website Revision System, or shortly RCD WRS. It was a matter of few minutes, to add the new page type to be Org type, and instead of the standard markdown to process pages, I have added as small Lisp program as pre-processor, that is invoking Emacs to process Org files into markdown, and then the markdown to html.

Contact GNU.Support now. There is a simple rule at GNU.Support: if we can help you, we do, whenever and wherever necessary, and it's the way we've been doing business since 2002, and the only way we know